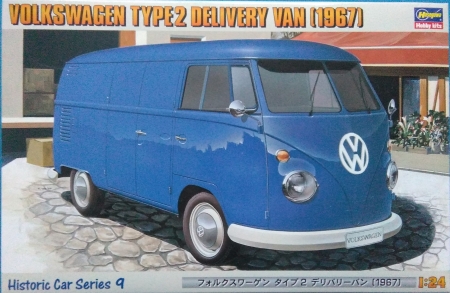 In February of 1950, Volkswagen's top executive, Mr.Heinz Nordhoff, announced the release of a very convenient new vehicle to be called the "Type 2". A box-shaped body mounted on the lower chassis of the famed Volkswagen Beetle, the Type 2 became the firm's second best-selling vehicle. Released as the "Deliver Van" in March of 1950, it was produced in numerous variations during its lifetime. In particular, the Kombi, a popular passenger and light cargo combination design, and the Samba, a micro bus version widely used by consumers and business alike, were particularly popular models. The initial design of the Type 2 was manufactured from 1950 to 1966 and had a two-piece front window. Loved by their owners, many Type 2s can be seen on the roads of countries throughout the world even today.