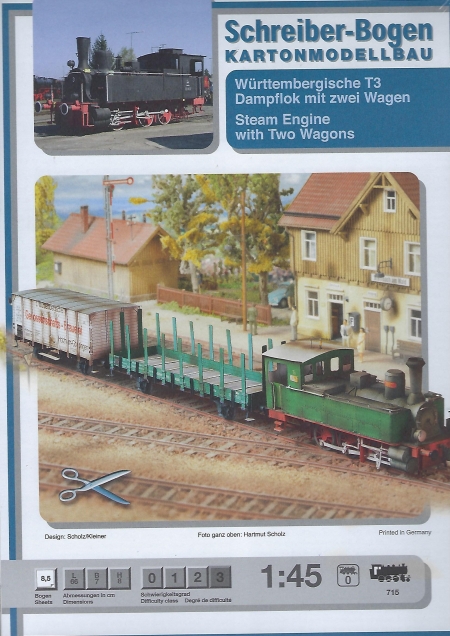 The engines of the Württemberg T3 were meant for shunting operations, for pushing trains on the steep Geislinger Steige and for service on branch lines.
114 locomotives of this design were made between 1891 and 1913, and in 1925, 111 of them were given the DRG construction series number 89.3-4. Reversing of the engine was done by using a hand lever, which offered major advantages in shunting operations. The driving mechanism was strongly developed, the driving wheels were quite small with 1045 mm.
The model shows a locomotive which was manufactured by the Maschinenfabrik Esslingen in 1898 with the number 2982, with the Royal Württemberg State Railways it received the number 975 and with the DRG finally the number 89 328. Three examples of this design have survived to this day.