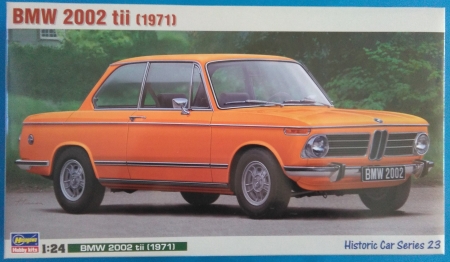 The first model of the BMW 02 Series, the BMW 1600-2, made its debut at the Geneva Motor Show of 1966. Later known as the 1602, the car was a 2-door model with rounded tail lamps that inherited its basic design from the 4-door model 1500, but with a wheelbase shortened by 50mm.
In 1968, BMW announced the 1.990cc water-cooled inline four cylinder SOHC engine-powered BMW 2002 as the newest of its 4-door BMW 2000 series cars. Manual drive versions were equipped with a 40PDSI Solex carburetor, while the carburetors on automatic versions were fitted with a bimetal choke. The engine was torqueful throughout its output range. The chassis followed the design of the BMW 1600-2, with a similar body size. The BMW 2002 was fitted with drum-type rear brakes, with either a 4-speed manual or a 3-speed automatic transmission.
The BMW 2002ti was presented to the public concurrently with the 2002. The heightened compression ratio of its, 1.990cc engine saw it fitted with two Solex 40PHH carburetors. This engine performance improvement also necessitated a change in the diameter of the front disk brakes. The 2002ti was available with either a 4-speed floor shift or a 5-speed manual transmission.
Announced in 1971, the 2002tii employed BMW engine tuning know-how cultivated on the touring car racing circuit, fitting the 2002's engine with a Kügelfischer fuel injector. Top speed was raised by changing both the engine compression and the 4-speed manual transmission gear ratios. The fuel-injected BMW 2002tii displayed phenomenal acceleration and top speed performance, dominating touring car racing not only in Europe but around the world, greatly boosting BMW's global brand image. The 2002tii remains a favorite of auto fans to this day.
Length of the built model: 176mm
Width of the built model: 68mm