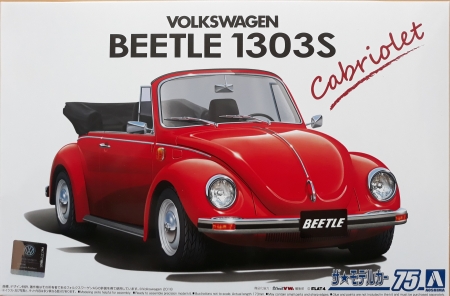 Germany’s iconic Volkswagen Beetle was available in cabriolet models since 1949. The cabriolet conversion were produced by Karmann, and an emblem was added to the front quarter panel. The roof was well constructed to sustain any weather and fashionable in its folded position. From 1971, the 1302s with MacPherson strut suspension became the base model. In 1973, it was changed to 1303s with the panoramic window. Production in Germany ended in 1978, but continued elsewhere until 1980. The model was officially referred to as a convertible in Japan. From the model name 15ADK,15 refer to the 1600cc AD Engine.